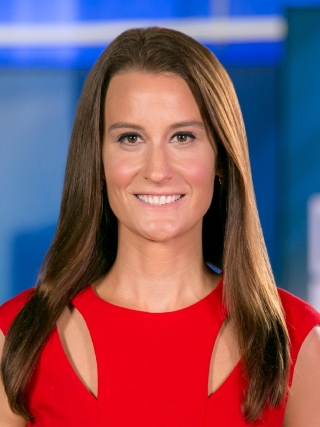 Alexa Ashwell joined Fox Baltimore in May 2017. A native of Maryland, Alexa is thrilled to be back in her hometown and reporting on issues that impact her community, family, friends and neighbors.

Alexa came to Fox 45 from WSOC-TV/Cox Media Group in Charlotte, North Carolina. It was here she reported on an array of events, including riots following the fatal officer involved shooting of Keith Lamont Scott in September 2016. Alexa also produced a number of exclusive pieces, working with local law enforcement to expose the human trafficking of young teens in the community.

Prior to Charlotte, Alexa also worked as a reporter/anchor in Ohio and West Virginia. She began her career covering the death of 29 miners in the Upper Big Branch Mine explosion, the death of Senator Robert C. Byrd and the special election for current Senator Joe Manchin.

Alexa attended Millersville University of Pennsylvania on a softball scholarship. It was her love of sports that led her to a career in broadcast journalism.

Alexa grew up in Westminster, Maryland. She is a product of the public school system, graduating from Westminster Senior High School. Go Owls!

In her spare time, Alexa enjoys finally being able to see her family! She loves anything outdoors, the challenge of a good workout, sports, traveling, attending events and festivals and checking out all of the restaurants Baltimore has to offer. Some days she’s also content binge watching movies and catching up with friends on the couch.