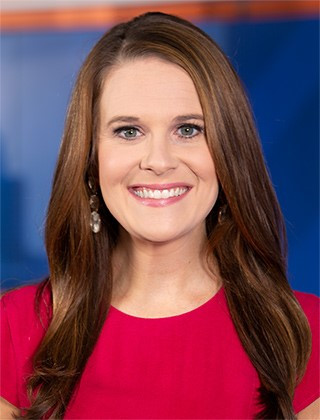 Amy comes to Fox45 from WLTX in Columbia, South Carolina where she was the morning and noon meteorologist. Before heading south, Amy spent time at AccuWeather in State College, Pennsylvania where she appeared on ABC`s World News Now, ESPN, Fox Sports Network, and FOX News.

Prior to AccuWeather, Amy reported and produced in various markets across the Eastern Seaboard, such as Syracuse, NY, Philadelphia, PA, and Washington DC. Amy is a native of New Hope, PA.

In May 2009, Amy earned her Bachelor`s of Science in Broadcast Journalism from the S.I. Newhouse School of Public Communications at Syracuse University in addition to her Bachelor`s in Political Science.

While at Syracuse, Amy discovered her passion for meteorology when she stepped in front of the green screen to forecast the snowy skies of Syracuse. Amy then continued her education at Penn State University where she earned her Bachelor of Science in Meteorology.

When Amy is not forecasting, she enjoys running, practicing Bikram yoga, and spinning. She also loves spending time with her dog, Praline. She is certain to always keep her umbrella handy!

Have a story idea? Sent it to amaaronson@sbgtv.com