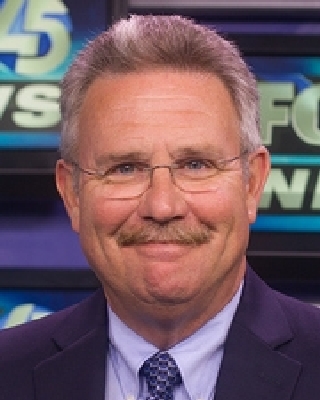 Bruce Cunningham is the Sports Director and weekday sports anchor for FOX45. Bruce has been with the News at Ten since its inception in June 1991. He anchors sports weeknights on the 5, 10 and 11pm newscasts, including the 30 minute Sunday night edition of Sports Unlimited.

He is heard Saturdays from Noon-3pm ON 105.7 The Fan in Baltimore.

Active in the community, Bruce hosted the local cut-ins on the Jerry Lewis MDA Telethon from 2000-2013, and has served as a youth coach in various sports and handles dozens of speaking engagements annually. Chances are, he threw out the first pitch one year for your local Little League.

He has two grown children, Ashley and Bud, and has four grandchildren. He lives with his lovely wife Wendy in Pasadena.