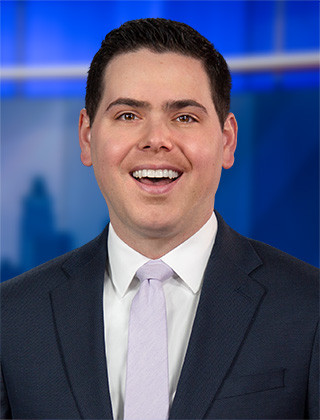 Dan strives to find meaningful and impactful stories that inform and improve the City of Baltimore and it's surrounding communities. As a proud member of the National Press Photographers Association, Dan is as passionate about shooting video for his stories as he is writing them

Before moving to Baltimore, Dan worked for 4 years at Fox 45's sister station in Portland, Maine WGME. While in Maine, Dan investigated the treatment of pregnant inmates in the state's jails and prisons, covered the passing of President George H.W. Bush and climbed the masts of America’s tall ship. Dan's work as a multimedia journalist in Maine also won him multiple regional Emmy awards as well as an Edward R. Murrow.

Dan is a New Englander at heart and grew up in the small town of Dracut, Massachusetts and graduated from Suffolk University in 2014. While at Suffolk, he was part of the University's award-winning news team "Suffolk U News", covering the 2013 Boston Marathon Bombings. While reporting on Boylston Street during the marathon, Dan captured one of the most iconic photos to come out of the tragic events.

Have a story idea? Send an email to dwlampariello@sbgtv.com