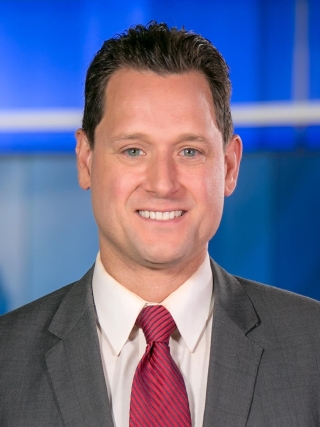 Jonathan Myers is Chief Meteorologist at FOX 45. You can catch him weekdays at 4, 5, 6, 10, and 11 p.m. Prior to working at FOX 45, Jonathan was the Noon and 5PM Meteorologist at WWL-TV, the CBS affiliate in New Orleans. Jonathan`s career began up in New York State at WROC-TV in Rochester and WETM-TV in Elmira.

Jonathan has also been nominated for an Emmy and awarded the Chesapeake Associated Press Broadcasters Association's AP Award for Best Weathercast four times.

He graduated from Penn State University with a Bachelor of Science Degree in Meteorology with specialties in forecasting, tropical meteorology, and local-scale meteorology. Jonathan also teaches classes in Meteorology at Towson University and Community College of Baltimore County.

Jonathan has been fascinated by the weather since his childhood. Though originally from Queens, NY, Jonathan spent most of his childhood in Monroe, NY, in the Hudson Valley just north of New York City, where 2-hour delays and school cancellations were a regular occurrence during the winter (which is what really got him into tracking and forecasting the weather)! Jonathan and his wife Dawn live in Anne Arundel County with their sons William and Oliver.

Have news tips? Send them to jmmyers@sbgtv.com