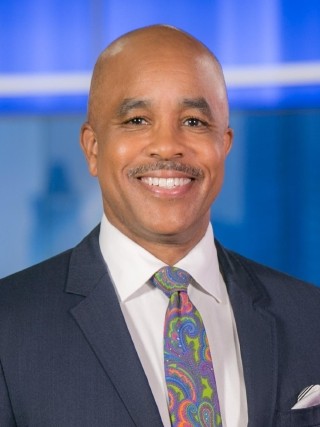 In 2014 he was a national correspondent for Sinclair Broadcast Group covering government related stories. Previously he was an anchor, talk show host and reporter for 20 years at WJZ-TV in Baltimore.

He`s covered some of the biggest stories of our day including the September 11th attack on America. Jackson is the co-founder of a film company called DocYourmentary dedicated to telling unusual and untold stories of people and history.

He`s a member of several professional organizations including;

The Society of Professional Journalists

The National Association of Black Journalists

Kai received his Bachelor of Arts Degree in English from South Carolina State College. He received a Masters Degree in Film from American University.

Kai is an avid gardener and reader and practices Shotokan Karate. He and his wife live in Baltimore County with their two daughters.

Have news tips? Send them to ksjackson@sbgtv.com