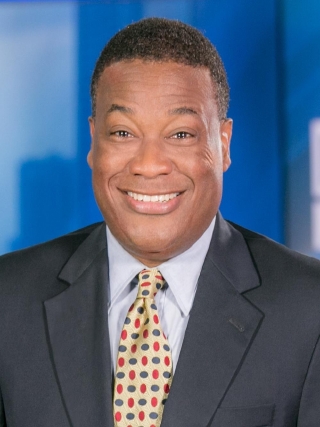 Keith Daniels is a general assignment reporter for FOX45. He joined the News Team in June, 2002.

Keith has always wanted to beat the street as a general assignment reporter. Charm City was among his top five choice cities for news.

Keith has an extensive background in reporting. He left WMC in Memphis, Tennessee and went out with a punch, having covered the Mike Tyson / Lennox Lewis fight as his last assignment there. Before Memphis, there was KWTX in Waco, Texas. In fact, his career began in Texas at WFAA in Dallas as a production assistant. He quickly caught the "on-air fever" after securing the overnight anchor position. That was exciting because Dallas is his hometown. Keith hit the air not long after graduating from the University of North Texas in Denton, Texas.

Since then, Keith has covered several major stories, including the Beltway Sniper Attacks in our area. But one of his favorite stories took him to Northern Africa. He traveled to Morocco with a group of inner city high school kids who experienced a trip they will never forget... and neither will Keith.

Have a story idea? Send it to kdaniels@sbgtv.com