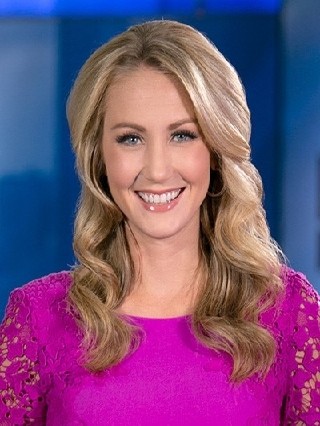 Maxine Streicher joined the FOX45 news team as a reporter in May 2019. You can watch her weekdays on FOX45 News at 4 and 5.

Maxine came to FOX45 from CBS12 News in West Palm Beach, Florida. It was there she extensively reported on the tragic Marjory Stoneman Douglas High School shooting.

During her time in Florida Maxine also covered numerous presidential visits, even flying on Air Force One to cover the President’s trip to Key West.

Maxine began her career on the Eastern Shore at WBOC News where she was a reporter and morning anchor. During her time there Maxine flew with the United States Air Force Thunderbirds, covered the Chincoteague Pony Swim, and traveled to Baltimore during the 2015 riots.

Maxine graduated from Temple University in Philadelphia where she studied Media Studies and Production. She also was a member of the track and field team.

Maxine is a native of Pennsylvania where she grew up on her family farm. She’s thrilled to be closer to home so she can spend more time with her family and two dogs.

In her free time Maxine enjoys exploring new restaurants and all Baltimore has to offer with her husband Sean.

Maxine is active on social media and would love to hear from you.

If you have a story idea email her at mlbentzel@sbgtv.com