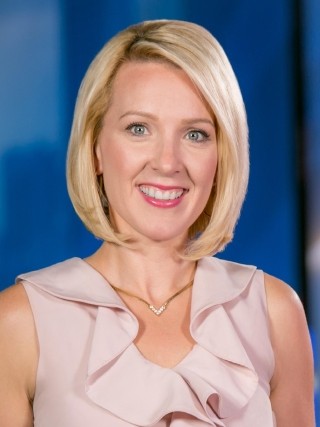 She can see her anchoring and giving live breaking news updates weekday mornings on FOX45.

Megan was honored to join the team in 2007. A few years later, she was named Best newcomer by Baltimore Magazine. She was honored by the same magazine again in 2015, 2016, 2017 when she was voted as the Readers Choice, Best TV News Broadcaster in Baltimore.

Before moving to Charm City, she was a reporter and weekend anchor for WTAJ-TV in Altoona, Pennsylvania. During her years there, she became known for spotting an escaped prisoner and it was all caught on camera!

Megan is a proud Penn State graduate where she majored in Broadcast Journalism and minored in Communications, Arts and Sciences. While in Happy Valley, Megan ran track and cross county for the Lady Lions and was captain of the cross country team her senior year. Although her competitive days are over, Megan still loves to run.

She's a Pittsburgh native but is proud to call Baltimore home now. It's where she met her husband, started her family and where she hopes to make a difference in the news.

Have news tips? Send them to mgilliland@sbgtv.com