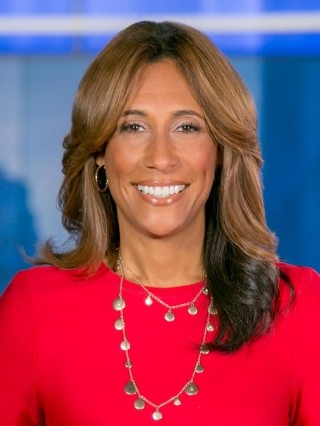 Patrice Sanders is the anchor for FOX45 Morning News. She joined the morning news team in April of 2003.

Patrice has received numerous awards and community distinctions for her work, including an AP Award for a series tackling the problem of childhood obesity. In 2006 Patrice was awarded Towson University’s Distinguished Alumni of the Year Award.

Prior to joining FOX45, Patrice anchored and reported in Boston, California and Pennsylvania. Her career in journalism started in 1995 at ABC News Nightline in Washington, DC. Patrice grew up in Mitchellville, Maryland and graduated from Towson State University.

Patrice is very active in the community. She frequently speaks at schools, churches and community events. Much of Patrice’s time is dedicated to being a mentor for journalism students interested in pursuing a career in news. She has also served as an adjunct teacher for Sheffield Broadcasting Institute, teaching News Writing and Delivery.

Patrice is also passionate about her work with children and giving them a strong foundation for a lifetime of healthy fitness and nutrition habits. She volunteers in city schools to provide fitness camps for students. Patrice also serves as the President of Monte Sanders Fit Families, Inc. The non-profit was founded in 2009 by Patrice and her husband and is aimed at eliminating childhood obesity.

Patrice loves reading, photography and spending time with her husband, and daughter Naomi.

Have news tips? Send them to pssanders@sbgtv.com