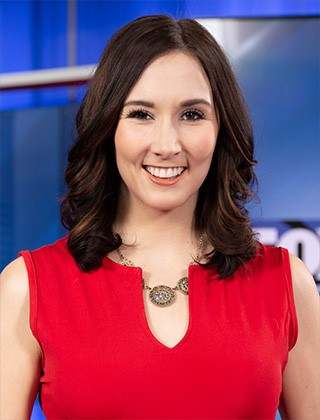 Shannon Lilly is a GABBY Award-winning and Emmy-nominated journalist who joined Fox 45 News in January 2022 as an Anchor/Reporter.

You can see her reporting weekday mornings and anchoring Friday middays on Fox 45 News.

Before moving to Charm City, she was a reporter for WTVR CBS 6 News in Richmond, Virginia, where, for more than three years, she told the stories of Central Virginians and pushed for local change through problem solvers investigations.

In the Summer of 2020, she led an Emmy-nominated newscast reporting live from the wreckage of a bus that had been set on fire amid demonstrations.

Before Richmond, Shannon worked for WGXA News in Macon, Georgia where she received the GABBY Award for Best Feature Story in 2018. Before that she interned for Country Music Television in Nashville, Tennessee.

Shannon comes from a military family and grew up moving all around the country. She likes to say she’s from both Colorado Springs and Tucson, Arizona, because that’s where she lived the longest. She graduated from the University of Arizona in 2015.

When she’s not reporting – you can find her singing! Or walking her 100-pound Great Pyrenees.

She is very excited to get immersed in the community, and to call Baltimore home!

Have news tips? Send to slilly@sbgtv.com.