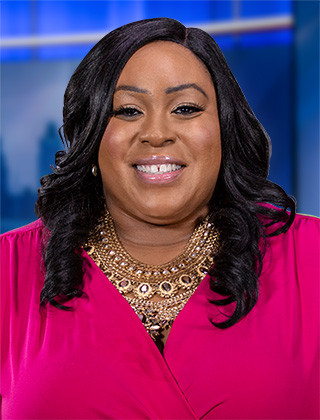 Tiffany "Lady T" Watson is an Entertainment News Correspondent and Contributor for FOX45’s BMORE Lifestyle. She is featured on "Spilling The Tea W/Lady T" and the "LEMME TELL YOU" segment. Tiffany is also an Assignment Editor/Digital Content Creator for FOX45 News.

“Lady T” was featured on Hot 99.5's The Kane Show and The Sarah Show back in 2010 when she was an intern. She also hosted her own radio show on WLLS Radio and WLGK Logik Radio.

Tiffany began her journalism career as a reporter for The Prince George’s Sentinel newspaper in 2015. Then in 2016, she became a Feature/Town Government reporter for Southern Maryland Newspapers at The Maryland Independent in Charles County, Maryland. While working there she won an MDDC Press Association Award in April/May 2018.

She was also featured on TMZ LIVE for over a year as a Guest Contributor who commented on pop culture, sports, politics, and trending topics via Skype. She is mostly known for having hilarious commentary and quick-witted remarks.

In her spare time, Tiffany is a comedian. She has opened for a few popular comedians such as KevOnStage and Tommy Taylor Jr. She also hosts and emcees events because her passion is to entertain people and keep them laughing one day at a time.

Have a story idea? Send an email to tiffanywatson@sbgtv.com